Urgent message: While the Washington, DC metro area has the population density, affluence and economic stability to make it attractive for urgent care, an examination of the dynamics and challenges of such a fiercely competitive, crowded market can reveal success strategies that can be applied in any urgent care market.

The Urgent Care Association’s 2018 Benchmarking Report revealed that the Washington, DC Metropolitan area (which includes counties in the states of Maryland, Virginia, and West Virginia) is the most saturated Top 10 metro area in the United States for urgent care, with 131 urgent care clinics present in the market.1 Because urgent care operators must be given a Certificate of Need from the District of Columbia to build an urgent care there, however, just seven of these 131 centers are actually in DC—meaning, there are 124 urgent cares located in a handful of surrounding counties.

This peak saturation indicates that urgent care as a healthcare access point is very well-represented across the market. This group of 131 centers feature several well-established, branded urgent care players such as those affiliated with well-respected hospital systems like UVA/Novant, MedStar, Inova, and HCA, as well as private equity-backed “chains” including Patient First, Righttime Medical Care, Concentra, and Choice One.

The Appeal of DC Metro for Urgent Care

The factors that make the Metro Washington DC area attractive to urgent care are many—including the following:

The Competitive Challenges of DC Metro for Urgent Care

Despite the favorable economic factors, urgent care is not an If you build it, they will come business in any market. On the contrary, especially in saturated markets, consumer utilization behavior leans toward loyalty to the legacy urgent care providers unless there is a compelling reason to try something new. Unlike, say, the outskirts of booming Dallas or Houston where many of the residents are new and open to exploring their options as they establish their healthcare relationships. Metro Washington DC, on the other hand, is an established region with sophisticated consumers whose healthcare needs have been long met.

Avenues for Success in a Saturated Market

To gain a foothold in Metro Washington DC (or any other competitive, saturated market), an urgent care operator must have an offering that’s unique, strategic, or special in some way to win consumers away from their existing options. Following are several suggested opportunities toward that end:

Metro Washington, DC is one of the most ethnically diverse regions in the country—evidenced by the number of ethnic supermarkets like H-Mart and Lotte Market appealing to Asian-Americans. Related, there’s a unique phenomenon around DC in which healthcare referrals follow ethnicity, not geography. Hospitals have analytic models that predict, based on demographics, the need for specialists like oncology and cardiology, so they can staff the hospital accordingly. But around DC, a family living near the hospital with these conditions may never show up at a specialist. That’s because they are likely tied into a PCP who speaks their language, up to 30 miles away. That PCP then refers them to a specialist who speaks their language, who may be as far away as Baltimore or Philadelphia. The same applies to urgent care. If you were sick in Beijing would you seek a traditional Chinese healer or a Western-trained physician? Everyone wants to go to a provider they can relate to. This cultural phenomenon adds another variable that must be considered in business planning for urgent care. 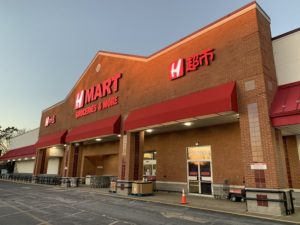 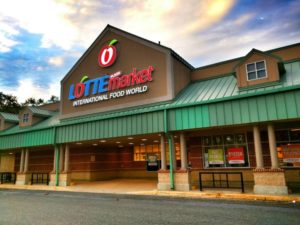