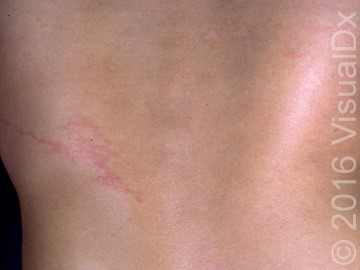 The patient is a 37-year-old man who presents to urgent care complaining of fever, nausea, and abdominal pain. He had attributed these symptoms to a recent trip to Japan, where he ate lots of new foods along with old favorites like sushi. However, he became concerned when a pruritic, serpiginous lesion appeared on his flank.

View the photo taken, and consider what your diagnosis and next steps would be. Resolution of the case is described on the next page.

A 37-Year-Old Man with Multiple Symptoms Following a Trip to Japan
Share this !
1 2